On this page you, who are staying with us at the bar on nature resorts, culture, tours, and culinary, find
the fortresses and heritage sites, learn about them and travel to them not too far from our dining area. 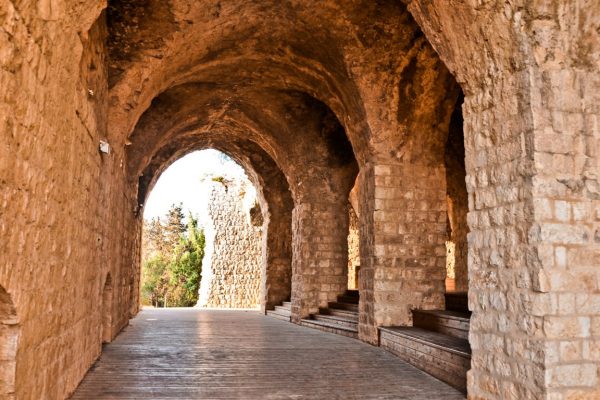 Yehiam Fortress: Located above Kibbutz Yehiam, a 10-minute drive from our accommodation complex. The fortress also has an escape room – an escape castle. In the fortress you can visit the remains of a large and impressive fortress that combines buildings from the Crusader and Ottoman periods. The fort also tells the heroic story of Yehiam’s defenders in the War of Independence. From the top of Yehiam Fortress, the Western Galilee is in full glory 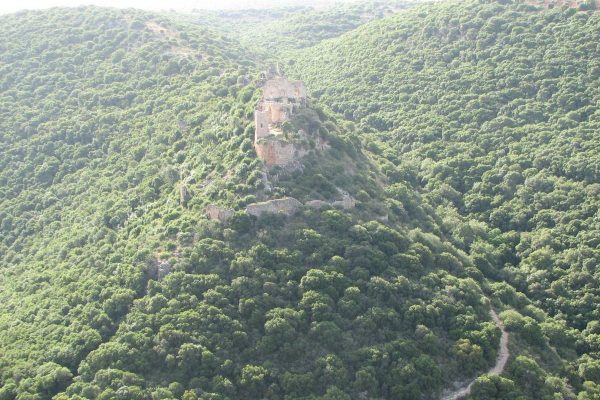 Monfort Fortress: The Manfor Fort is a medieval archaeological site located about 15 to 25 minutes from our accommodation complex. Remains of the Crusader period, dating from the time of the Kingdom of Jerusalem in the Land of Israel. The fortress is built on a narrow and steep spur on the southern bank of the Kibbutz Nahal Channel in the western Galilee, near Kibbutz Ayalon and Mitzpe Hila, about 13 kilometers northeast of Nahariya city and about 6 kilometers northwest of Maalot Tarshiha. 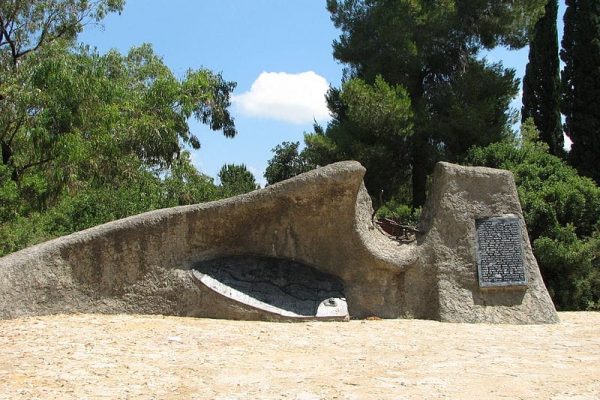 Yehiam convoy memorial site: Located south of Cabri Junction and east of the convoy path seat, about 10 minutes from our accommodation complex. The Yachiam convoy and other fighters are killed at the site of a breakthrough attempt at Kibbutz Yehiam in the War of Independence on March 27, 1948. The convoy exited Nahariya through the “Bakshish Road” that passed through Moshav Ben Ami at the time, bringing food and ammunition to the Western Galilee kibbutzim under siege by forces . The convoy commander was Ben Ami Fechter who was killed along with another 45 fighters when they encountered a planned ambush. The caravan commander’s name is called Moshav Ben-Ami, where you stay at the Bar-On accommodation complex. Instead, a memorial pillar built of a star of three ribs and covered with stone was built, as well as the remains of armored vehicles and trucks that led the supply and were damaged by enemy forces fire. Architect Yechiel Arad, whose brother Moshe Flazer fell in the convoy. Design the memorial site. A sculpted concrete wall was constructed that resembles a roadblock. At the foot of the wall is a bullet map of the battle and on the right is a section describing the battle. In the center of the memorial wall was a window designed in the direction of the old Kabri village cemetery, from which the fire opened towards the caravan. On the side of the road are scrap of armored vehicles. The site also includes an explanatory position in Hebrew and English, explanatory signs about the area in the period before and during the War of Independence, picnic tables and shaded seating areas among the trees. 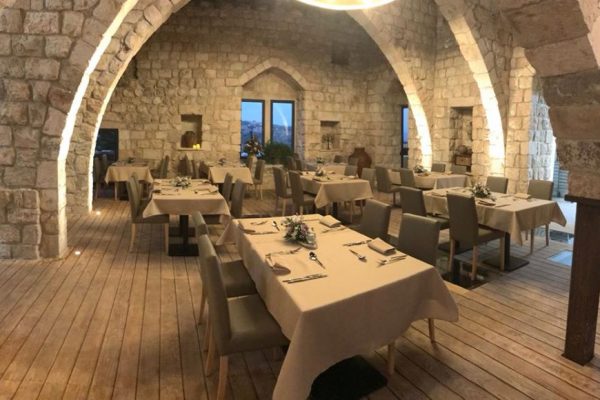 The King’s Fort at Miilya – Chateau de ROI : (“Regal Castellum” in Latin) is located in the Christian settlement of Malchiti – Miilya, about 10 minutes’ drive from our hostel. Few remains of this fort have been recently renovated into a restaurant and a luxurious guest house – well worth a visit. Near it is a church within the fort. There are remains of the Bronze, Iron, Roman and Byzantine remains. The Crusader fortress was built during the 12th century. It served as the center of a large estate. In the 1970s, the estate was bought by Jocelyn de Courtney, who also bought additional land, and owned the largest estate in the Kingdom of Jerusalem. In 1187, the fort was conquered by Saladin, but five years later, in 1192, he returned to the Jocelyn family. In 1220 (the year of the construction of Monfort) it was sold to the Teutonic Order. In 1265, the fortress was occupied by the Mamluk Sultan of Beavers. An ancient canvas house was discovered beneath the fortress and many other finds. The name of the fortress is ‘the king’s fortress’ because even if the king did not live here, the place served as ‘domina’, that is, a plot that belongs directly to the king and not to the nobles. Chateau de Rau was an administrative fortress that controlled 36 farms in the area and included a court and additional administrative arms. 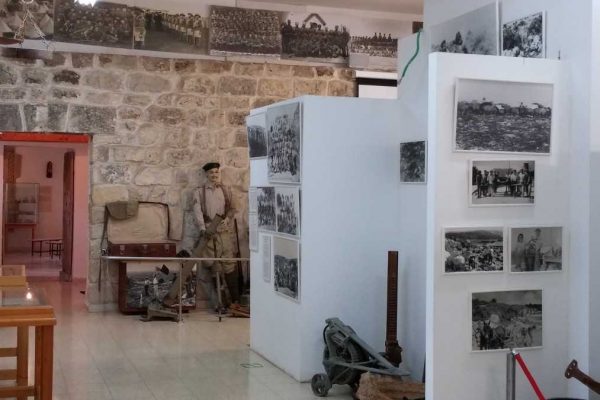 Wall Museum and Tower of Hanita

Wall Museum and Tower of Hanita: The Wall Museum and Tower of Hanita is in the heart of Kibbutz Hanita about 20 minutes from our accommodation complex. The museum is located in a stone house at the top of a mountain overlooking the spectacular views of the Western Galilee. The museum presents the story of Hanita’s bold immigration, as a national operation, within the wall and tower communities. The museum has a display of original photographs, weapons, tools and a film about the aliyah and the first years of the kibbutz. In the museum’s archeology wing you can see the area’s findings from ancient times, such as relics of Byzantine basilica, rare mosaics, coins from the Second Temple period and ancient man’s vessels. 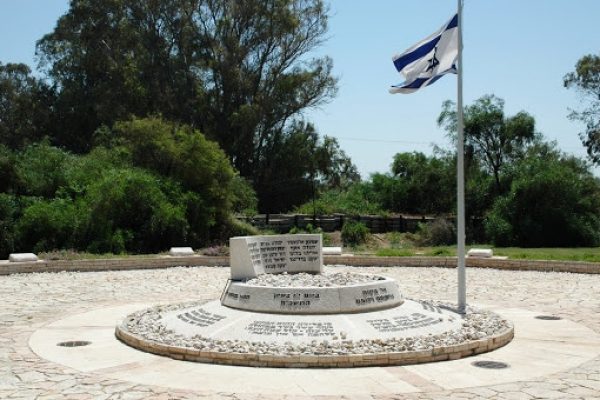 Yad Lid Memorial Site: A Memorial Site in Memory of the “Bridges Night” operation. In the a-Ziv bridges, “The Bridges Night” is an operation carried out by members of the Palmach in the framework of the Hebrew rebellion (Union of the Three Underground – Haganah, Hatzor On the night of June 17-16, 1946, a series of sabotage bridges linking Mandatory Israel with its neighbors, as a protest against the restriction of illegal immigration after the Holocaust. In this framework, sabotage was planned on 11 bridges along the country’s borders, bridges and railways. The bridges set for the blast were in Metula (two bridges) four bridges on the Jordan River – Jacob’s Bridge, Sheikh Hussein Bridge, Damia Bridge and Allenby Bridge, the Yarmouk River near Hamat Gader, road bridges and railroad tracks on the Habasar River south of Gaza, the bridges and the road. Above the Ziv river near the village of a-Ziv

Most of the bridges were blasted without incident. In the force raid sent to blast the al-Zib bridges, (44 fighters) a disaster occurred. Firing on the raid was apparently hit by the explosive device attached to the bridge, causing an explosion in which 13 of the fighters were killed, including Operation Commander Nehemiah Shane. Another fighter, Yehiam Weitz, was killed by the shooting and not by the blast (named after him is Kibbutz Yehiam). The surviving fighters, some wounded, retreated toward Matzuba and Hanita, and some hid for several days in the Cave of the Ladder near Hanita. In light of the railway bridge disaster, the road bridge was not damaged. 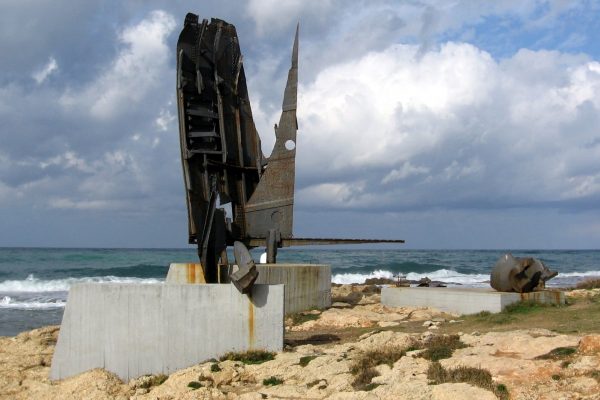 Sea Sculpture – is a sculpture by Israeli sculptor Yechiel My name is located on the beach in Achziv, a 15-minute drive from our accommodation complex. It is 5 meters high. It was erected as a monument to mark the illegal immigration to Israel, and in particular to ships arriving on the coast of Nahariya. The monument’s raw material came from iron scrap of illegal immigrant ships in Haifa port. Apparently, these were the remains of the “Patria” ship. [1] The erection of the monument, with the contribution of a private individual, was integrated into the overall tourism development of the Achziv Coast, which ended in July 1969. [2] The monument has been designed as three cast concrete surfaces, which are a kind of ironwork assemblage. In my description, my name emphasized the sculpture as being part of the landscape and the need for the viewer to observe it from several different perspectives 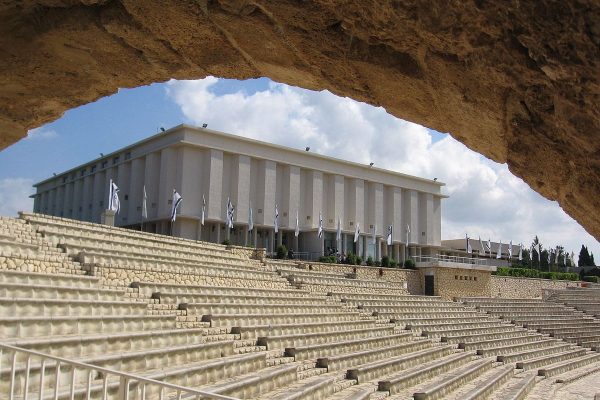 Itzhak Katzenelson Holocaust and Jewish Resistance Heritage Museum– known as the “House” – is not only the first Holocaust museum in the world but also the first of its kind to be founded by Holocaust survivors.  Since its establishment in 1949, the museum tells the story of the Holocaust during World War II, emphasizing the bravery, spiritual triumph and the incredible ability of Holocaust survivors and the fighters of the revolt to rebuild their lives in a new country about which they had dreamed – the State of Israel.

The Ghetto Fighters’ House gives evidence to the founders’ vision.  Having to put behind them the grief and the horror, they chose to come to the Western Galilee in order to build a flourishing kibbutz – the Ghetto Fighters’ Kibbutz – and the museum located within the community.

In light of this vision, the Ghetto Fighters’ House provides its visitors, both from Israel and abroad, a unique experience, going beyond the grief and horror in order to make evident Antek Zukerman’s declaration in the first National Gathering for Holocaust and Heroism Remembrance Day that took place on the Ghetto Fighters’ Kibbutz:  “We came here to build homes filled with life.”

Alongside the museum is the Center for Humanistic Education, whose goal is to instill knowledge and understanding of the events that took place during the Holocaust through dialogue and joint learning.  The center strives to create multi-cultural gatherings in which intensive discussions can take place concerning the human and universal meaning of the Holocaust both within and beyond Israeli society.

In 1995, the Yad Layeled Children’s Memorial Museum was established at the Ghetto Fighters’ House in order to commemorate the memory of the Jewish children who perished during the Holocaust.  The aim of the children’s museum is to acquaint young visitors with the world of the children who lived during the Holocaust, providing an experiential venue through which they can explore the subject of the Holocaust in an age appropriate manner.

The museum is a 15-minute drive from our accommodation complex